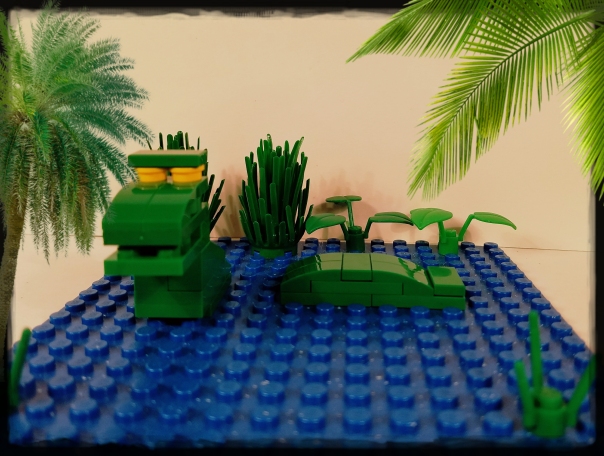 Other Names – “the Brain Sucker”

In the Zulu mythology of South Africa, Mamlambo is a large serpentine river goddess as well as a goddess of beer. In some legends, Mamlambo appears during lightning storms.

For the Xhosa of South Africa, the Mamlambo is a giant river snake that will bring good fortune to the one who can claim it. Witch doctors are believed to use Mamlambo to extract revenge on their enemies.

Yes, beer. This aquatic, serpentine deity is also known for brewing beer. This is a job that women in many Southeast African tribes do.

Mamlambo’s myth entered the realm of cryptozoology in 1997 when various South African newspapers began reporting sightings of a “giant reptile” monster in the Mzintlava River (also known as the Umzimhlava River) near Mount Ayliff in South Africa. The reports also mention how between 7-9 people and even a number of animals were all killed by this monster by dragging its victims underwater and drowning them. After which, the Mamlambo would suck out the blood and brains of the victims, earning it the name of “the Brain Sucker.”

There are a few different accounts what Mamlambo is to look like.

One version has the creature being some 20 meters (67 feet) long, with the torso of a horse and lower body of a fish, short legs and neck of a snake. That it also shone green at night. Some have commented that this description fits that of a Mosasaur, a variety of giant marine reptiles that went extinct with the dinosaurs.

Possible Reality Behind The Myths

In April of 1997, there had nine bodies found in the Mzintlava River. According to local police, all of the bodies had been in the water for a long time, long enough for scavengers such as crabs to come and eat the soft parts of the heads and necks. When the bodies were pulled from the water, river crabs were still clinging to the bodies. The local villagers on the other hand insist that these mutilations are the result of the Mamlambo eating people’s faces and then sucking out their brains.

Another idea put forward is that the Mamlambo may be an elasmosaur-like animal an ancient type of archaeocete from the cetacean evolutionary branch. Basically, a member of the whale family before whale legs became flippers.

Brosno Dragon – Or Brosnya, is a Russian Lake Monster that some have described as being a mutant beaver or a giant pike that’s around 100-150 years old.

Dobhar-Chú – A cryptid from Irish folklore described as being a water hound and known for dragging victims to a watery death.

Each-Uisge – A Scottish shape-shifting water horse, that much like the Irish Kelpie is known for drowning victims.

Glashtyn – Or Cabyll-Ushtey, it is a shape-shifting goblin that inhabits of the waterways in Manx, one of it’s favored forms is that of a horse.

Kelpie – A water horse, this is another creature from Irish folklore known for its shape-shifting abilities and drowning victims.

Lau – A dinosaur-like lake monster with tentacles from Sudan.

Mahamba – A reptilian cryptid from the Congo, it is often described as being similar to a giant crocodile or thought to be a fresh water living fossil mosasaur.

Mokele-Mbembe – A famous reptilian cryptid from the Congo described as looking a sauropod and herbivore in nature.

The Mamlambo has indeed featured on an episode of the SyFy channel’s Destination Truth.