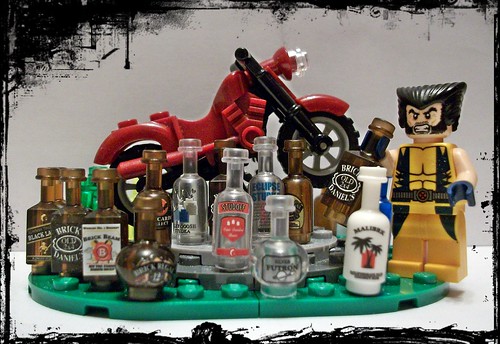 Now get this, the story as it goes, on December 2nd, 1988, Om Banna (alias Om Singh) was riding from the town of Bangi when he lost control of his motorcycle and died instantly on collision with a tree. Om Banna’s bullet motorcycle however, fell into a roadside ditch.

Once again, the motorcycle was gone and found again at the site of the accident. The locals came to see this event as a miracle. A growing legend states how the motorcycle kept returning to the same ditch, no matter how many times the police came to take it, the motorcycle always returned to the same spot before dawn.

The story of the motorcycle spread and people began to come and worship the “Bullet Bike.” A temple was built, becoming the Bullet Baba’s Temple. Local belief holds that Om Banna’s spirit aids and protects travelers.

The temple to Om Banna is more of a wooden shed that houses the Bullet Bike. The bik itself is now enclosed in a glass box. Hundreds of people come every day seeking blessings and praying for a safe journey. Many will bring offerings of liquor and alcohol. Not to pray or seek blessings is believed to invite disaster.

In addition, the tree that Om Banna died on, has been decorated with offerings of scarves, rope and other bangles. Outside the temple, there is a large picture of Om Singh who has come to be known as Om Banna on display.

For the past twenty years, a lone priest, Poonam Giri has tended to the temple and maintained its grounds. Many shops sell incense sticks, flowers, coconut and red thread for use as prayer offerings. Folk songs are sung in Om Banna’s name.

A few customs have begun at the shrine. Some of the more notable ones are as follows:

The first tradition or story is that Om Banna’s grandmother had a dream, wherein he had come to her requesting two yards of land on which to build the temple. This is supposed to be the story and belief that brought about the construction of the temple in the first place.

Another tradition holds that the sound of the Bullet Bike can be heard on the anniversary of Om Banna’s death.

On Ashatmi day, the Bullet Bike is said to start its own engine, even without any fuel or ignition.

Further, Grooms and Brides will come to the temple seeking blessings and families will bring their newborns to be blessed as well.

Location Of The Shrine

The Om Banna shrine is found in the Pali district near Jodhpur, India. It’s about 20 km (12 miles) from Pali and 50 km (31 miles) from Jodhpur along the Pali-Jodhpur highway close to the Chotila village.

I just think it’s an interesting connection. The author Mark Sheppard in his book, Spiritride wrote about a motorcyclist who died in an accident. The motorcyclist’s spirit along with many others act as guardians, protecting other motorcyclists when out on the road. Mercedes Lackey uses the idea again later in the Bedlam Bard series.