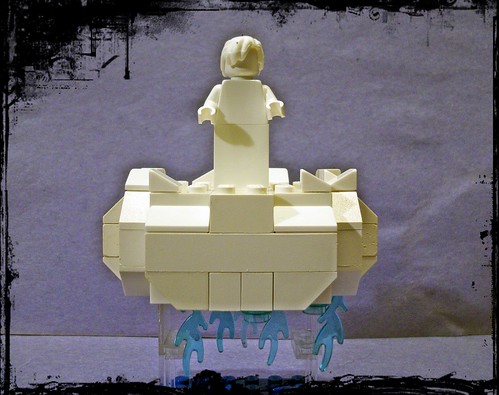 Etymology – From the Greek word: nephos, meaning “cloud” or “cloudy.” The Latinized spelling is nubes.

Nephele is an interesting character found in Greek Mythology. We first hear of her in the story of Ixion. Yes, that Ixion who is the first murderer in Greek Myths; who also puts some unwanted moves on Zeus’ wife Hera. When Hera complained, Zeus fashioned a cloud in Hera’s likeness in order to catch Ixion in the act.

As previously mentioned in the story of Ixion, Nephele is the name of the cloud that Zeus fashions in Hera’s likeness in order to catch Ixion in the act of some unwanted moves.

Mother Of The Centaurs

Nephele is the mother of the Centaurs when she is raped by Ixion who thought she was the goddess Hera. She either gives birth to Centaurus, who is an ugly deformed child that goes on to be the progenitor of the centaurs or Nephele gives birth directly to the centaurs as a race. Either way, Ixion and Nephele do ultimately sire the centaur race.

In the version of the story where Ixion is bound to a flaming wheel in Tartarus, the resulting centaurs that are born were left on Mount Pelion where the Centaur-God Chiron and his daughters took them in to raise. In this lineage, the Centaurs are sometimes referred to as the Ixionidae or as Nubigenae, meaning cloud-born and connecting them to Nephele as their mother.

Hercules Versus The Centaurs

In one of many of Hercules adventures, he does battle against the Centaurs. Nephele is commented by a Diodorus Siculus in his Library of History, to have sent a heavy rain to make the ground more treacherous for those who relied on two legs to walk instead of four like her centaur children.

Goddess In Her Own Right

Nephele, when she is acknowledged as having a name in the Greek Myths, is mentioned as being a Cloud Nymph and like all Nymphs, they are minor goddesses. While being forces and personifications of nature, Nymphs were not as powerful as the other major Greek Deities. Given the story of how Nephele helped her centaur children and later two more children of hers, Phrixus and Helle, she has to have had some power and significance.

Because of her origins in the story of Ixion, Nephele is often seen as being a clone and a copy of the goddess Hera.

It’s just possible, that like Chiron, as Greek culture and influence spread of the twelve major Olympian gods, that Nephele’s status and power as a goddess in her own right diminished to her being a Nymph and Clone of Hera.

The First Wife Of Athamas

After the incident involving her with Ixion, there becomes a problem over a matter of a lot of confusion not only with Nephele herself but the other Olympian gods. In the stories where Nephele is a clone of Hera, there is a huge case of mistaken identity as she was constantly mistaken for Zeus’ wife. Adding to this, Nephele would hide in corners where she would constantly break out into tears. This didn’t work as any of the Gods passing by would keep asking her what the matter was, thinking she was Hera.

Fed up with this, Zeus eventually married Nephele off to the Boeotian King, Athamas in order to be rid of her. All went well until the birth of her two children, Phrixus and Helle when she falls into another state of depression and would turn into a rainy cloud.

In turn, Athamas was fed up and started having an affair with Ino, the sister of Semele whom Zeus was also having a current affair with. Eventually, Athamas divorced Nephele for Ino and the Cloud Nymph returned to Olympus.

With Athamas, Nephele is the mother of the twins, Phrixus and Helle. There is a third child, Makistos, though it is with the twins who have more of a place in myth and legends.

Because Athamas had divorced and remarried, Phrixus and Helle found themselves with a stepmother who hated them and devised a plan in order to get rid of the two.

This plan of Ino’s involved roasting all of the town’s crop seeds so they wouldn’t grow. The resulting famine caused all of the farmers to go running scared, seeking out the help of a nearby oracle. Unknown to the Farmers and others, Ino had already bribed the men at the Oracle to tell the farmers that they needed to sacrifice Phrixus.

Before the farmers could follow through on the sacrifice, Phrixus and Helle were rescued by a flying golden ram sent by their mother Nephele.

The twins were told not to look down towards the Earth on their flight from Boeotia. Unfortunately, Helle did look down and fell off the ram into the Hellespont, a narrow strait near Turkey connecting the Aegean Sea with the Sea of Marmara. Helespont incidentally is named after Helle for this is where she is to have drowned.

Phrixus survived the flight and made it to Colchis where King Aeetes took him in and treated him fondly, even so far as to give his daughter Chalciope in marriage to him. By way of thanks, Phrixus gave Aeetes the Golden Fleece off the ram. Aeetess hung the Golden Fleece from a tree in his kingdom. This is the same Golden Fleece that Jason, leader of the Argonauts would later come and take.

Ancestor To The Theban Dynasty

When researching the story of Cadmus, I came across a reference to the hero’s divine lineage.

Cadmus and all of his siblings are descendants, grandchildren even through their mother, Telephassa’s side of Nilus, the god of the Nile and Nephele.