Raiju is a curious mythical creature from Japanese mythology sometimes viewed as a type of demon or yokai. It’s best known for being a companion animal to Raijin, the god of storms and lightning.

The descriptions of Raiju vary greatly in description as it is sometimes described as having a body made of electricity and resembles either a badger, cat, monkey, tanuki, weasel or even a wolf. Sometimes Raiju flies about as a ball of lightning. The cries of a Raiju are said to sound like thunder.

Normally peaceful, Raiju becomes agitated and active during thunderstorms, leaping from one tree to another. After a storm is over, any lightning marks on the tree were believed to have been caused by Raiju ripping it open.

Raiju! I Choose You!

That sounds like the name of a pokemon. There are a couple, Raichu and Raikou, a legendary pokemon who is based on Raiju and other thunder gods.

In Japanese mythology, raiju is the name of Raijin’s animal companion that is described as a blue and white wolf or a wolf wrapped in lightning.

It doesn’t stop there as Raiju is referenced in a number of different Japanese animes, manga and video games.

That might seem to be the case with some of the articles that I looked up and likely an evolution to the mythology of Raiju. Instead of one animal companion, that there are multiple of this creature. It could serve too to explain why the descriptions of Raiju and what animal it really looks like varies so much.

As legend holds, a samurai by the name of Tachibana Dōsetsu was taking shelter beneath a tree during a storm. When lightning struck the tree, Dōsetsu drew his sword swiftly enough to block being hit by the bolt. Once the smoke cleared, Dōsetsu saw that there was a dead raiju laying on the ground. Dōsetsu named his sword Raikiri or “Lightning Cutter.”

Possible Reality Behind The Myths

That’s very typical of human nature to try and explain the universe around us and to try to make sense of events and occurrences. Especially with natural phenomenon, like lightning strikes, that they’re caused by the gods or oh, this tree looks like it has scratch marks where the lightning hit it. Must have been a beast of some sort.

Ball Lightning – A ball lightning, when they’re reported, are balls of lightning or electricity that occur during thunderstorms. Given how rare these are, the science behind what causes them and what’s being seen is and can be disputed. Some reports say the ball lighting glows like a 100-watt lightbulb with tendrils of electricity. The balls vary in color from yellow, orange, blue and red and size from a grapefruit to a beachball. Other reports say the ball lightning explodes, leaving behind a sulfurous smell.

Traveling Shows – During the Edo period of Japan, reportedly “real raiju” would be caught and put on display as sideshow attractions. Much like “real kappa” and the mummified remains of mermaids, the mummified and stuffed taxidermy of animals ranging from cats to badges, tanuki and monkeys would-be put-on display for people to view. The descriptions of caged raiju would match those of other captive animals during a thunderstorm as they get agitated and try to flee the confines of their cage.

As scientific knowledge and advances progressed in the Meiji period, as people better understood what was going on with lightning and electricity, the belief in raiju began to taper off, becoming a rather minor figure that still shows up in pop culture references.

It’s believed that Raijin is found of eating human navels. It was common practice for Japanese parents to tell their children to hide their belly buttons during a thunderstorm lest Raijin come eat it.

If it’s any minor consolation, according to some beliefs, it’s not really Raijin who eats children’s belly buttons, but his animal companion Raiju who actually does. Or if Raiju isn’t eating your navel, he’ll curl up inside to sleep during a thunderstorm. Of course, you only manage to get Raiju sleeping in your navel if you were sleeping outside. If you must sleep outside during a storm, try sleeping on your stomach to keep Raiju from curling up in your belly button. Raijin is said to hurl to shoot arrows at Raiju to wake up, which getting hit by arrows or lightning will hurt. 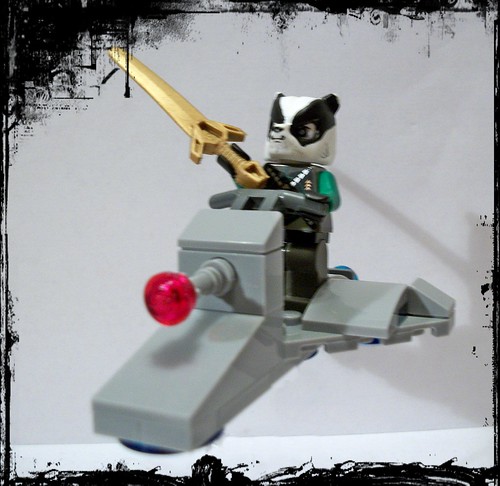