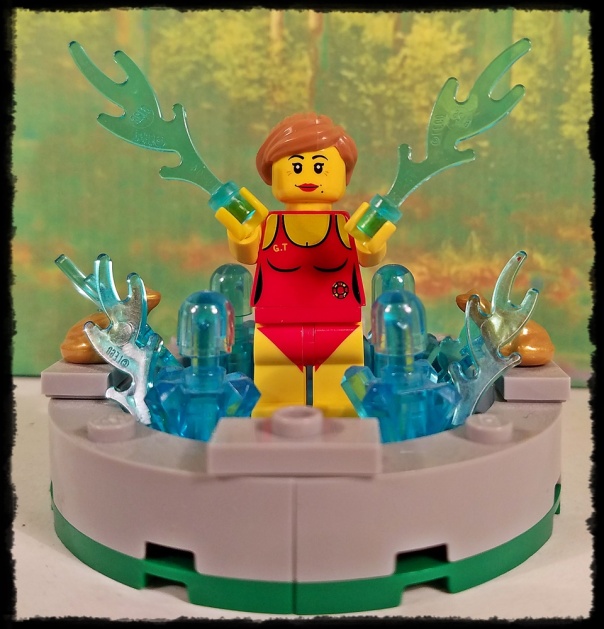 Etymology: “bhurvan,” Indoeuropean root for moving or bubbling water, “brunna” for spring, and the Latin “fervere” to bubble or boil.

Furrina is an ancient minor Roman goddess of springs who dates from Rome’s Republican era. By the time of the 1st century B.C.E., Furrina’s role and function had fallen into obscurity. Being a minor goddess doesn’t help with Furrina often being forgotten and overlooked.

Furrina’s cult is one of the oldest to predate the Roman empire. This goddess had a sacred spring and shrine located on the South Western slopes of Mount Janiculum near the right bank of the Tiber river. The locality for this cult is found in the present-day grove found in the gardens of Villa Sciarra. More modern excavations conducted in 1910 have revealed a well and a series of underground channels. There are also some inscriptions dedicated to the following: Jupiter Heliopolitanus, Agatis, and the Nymphae Furrinae. These inscriptions date from the 2nd century C.E., meaning that the spring is likely not the original spring.

Grove of Furrina – This is the grove where Gaius Sempronius Gracchus ordered a slave to kill him.

Flamen Furrinalis – The title of Furrina’s priest. Furrina is one of fifteen deities to have their own Flamen.

Furrinalia – Furrina’s main worship and festival came on July 25th. This festival was important to the Romans during the summer months to stave off the summer droughts.

Satricum – According to Cicero, this is where another sanctuary for Furrina’s cult was located at.

Well no… Furrina is very much firmly a Roman Goddess. Her connection as an Etruscan goddess only comes up when looking at the goddess Laverna, the goddess of thieves and robbers. I have only found this connection on many New Age, Pagan and Wiccan websites that seem to be trying to expand on Laverna’s scant mythology and information.

This flimsy connection seems to only be the result of bad etymology and linguistics. Such, because of similar sounding names, Furrina is somehow connected to the Furies themselves.

It’s just bad and after looking into Furrina’s mythos and the supposed related deities, none of it holds up to a close scrutiny and relies on people not knowing the history or myths.

Also known as the Erinyes in Greek is a trio of Underworld goddess called upon for Vengeance. Some sources try to connect Laverna and Furrina to this group. Which doesn’t hold up when you know who they are, Alecto, Megaera, and Tisiphone and that all three punish people for committing crimes. I would think these three would be at odds with Laverna for helping people to commit them in the first place. Then you add in Furrina, a goddess of a spring. It just doesn’t work.

The Naiads are water nymphs in Greek mythology, minor deities or spirits. Specifically, Naiads were associated with fresh water.

Being a minor goddess and her function as a goddess of a spring, this is very likely the proper classification for Furrina. The term too is borrowed by the Romans for their mythology. So, it shouldn’t be hard to hard to just come out and say.