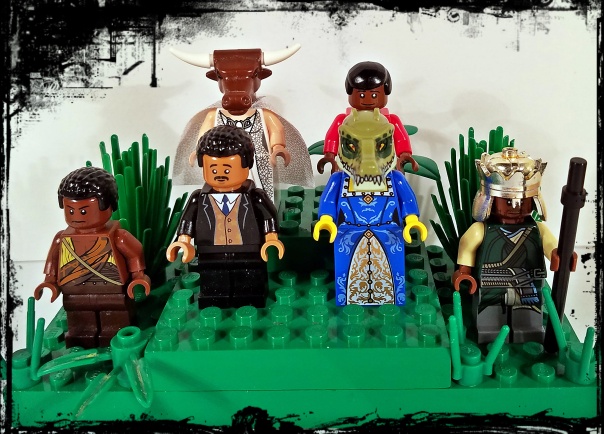 I came across a few of the gods or ancestral deities for the Shilluk people. However, the information is sparse enough, I decided to combine all the deities into one article in order to expand this post. Plus, it feels more worthwhile writing it up.

First up is that Shilluk is a corruption of the word Chollo, so a lot of my research did center around looking up Shilluk and not just Chollo.

The Shilluk or Chollo people are a large, native or Luo Nilotic people living along the Nile River of modern, Southern Sudan.

Legend and traditions hold that sometime during the 15th century C.E., Nyikango, the mythical ancestor and founder of the Shilluk or Chollo nation had an argument with Dimo and other Luo groups in a place known as Bahr el Ghazel.

Taking a group of his closest family and friends, Nykango led them northwards up along the Nile in rafts and canoes until they found the place of Otango Dirum to settle. Through the use of war and diplomacy, Nykango managed to conquer over time the entire area of Otango Dirum. For each of the tribes, Nykango granted a name and ritual they were to perform. Legends and tradition hold that Nykango’s son, Dak was the most influential in establishing the Shilluk Kingdom.

Today though, the Shilluk as a nation is recognized by the Sudanese state as only part of native administrations. Since 1837, the Shilluk have never truly free except for a brief period from 1881 and 1898 during the Mahdiya. The Shilluk still have a common territory, language, tribal authority they listen to and their customs and traditions they hold to.

Diang is a cow goddess, she lived along the west bank of the Nile river. She is seen as the wife of the first human Omara that had been sent by the Creator God, Juok.

Diang and Omara have a son, Okwa who grows up and marries the crocodile goddess Nyakaya.

In Shilluk religion and beliefs, this shows a connection of the three major elements of life. Men or humans for the sky, cattle for the earth and crocodiles for water.

He is the main Creator God of the Shilluk and other tribes along the upper areas of the Nile river. It is generally believed that Juok controls the destinies of all living creatures. The legendary Shilluk king, Nyikang is often seen as being Juok’s earthly representative or avatar much like the Egyptian pharaohs were often seen as the living god Ra in earthly form. Other tribes such as the Acholi and Lango use the name Jok to refer to local or ancestor spirits.

A crocodile goddess, she is the wife of Okwa and the mother of Nyikang.

He is a fertility god and the mythical ancestor from whom all the kings of the Shilluk are descended from. Being an immortal and the avatar of Juok, Nyikang is believed not to have died, but instead, to have vanished in a whirlwind. The later kings of the Shilluk are seen as the reincarnations of Nyikang. The vitality and well-being of the tribe is closely connected to the health of Nyikang.

The son of Omara and Diang, he is the husband of Nyakaya and the father of Nyikang.

The husband of Diang, he is the first man in the mythology of the Shilluk. Omara and Diang fathered Okwa who would eventually found the lineage of Nyikang. 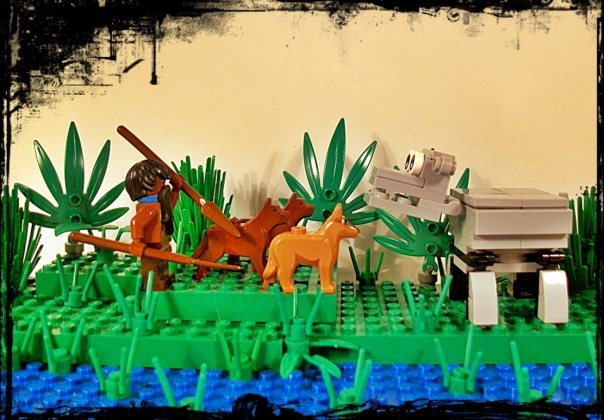 Mali is the name of a shape-shifting, monstrous and carnivorous hippopotamus responsible for the destruction and eating entire fields of rice.

Among the Mali and Songhay people, the hero, Fara Maka is the one who finally defeats this monster after numerous attempts. In his first attempt, Fara Maka tries throwing spears to no affect, as the spears would disintegrate or melt on contact with Mali’s skin.

In Fara Maka’s next attempt, he is joined by fellow hunter, Karadigi who set his pack of 120 black dogs on the raging monster. Karadigi’s pack were all eaten in short order by Mali.

At last, Fara Maka decided to consult with his wife, Nana Miriam. She cast a spell of paralysis on Mali. With the monster unable to move, Fara Maka was now able to destroy this monstrous hippopotamus.

In some versions of this stories, the crops eaten were Fara Maka’s. When he had failed at killing Mali, Fara Maka’s wife, Nana Miriam used the spell of paralysis to defeat the monster.

The third longest river on the African continent after the Nile and Congo rivers. This river is the location for where the confrontations with Mali and Fara Maka take place in traditions and legends.