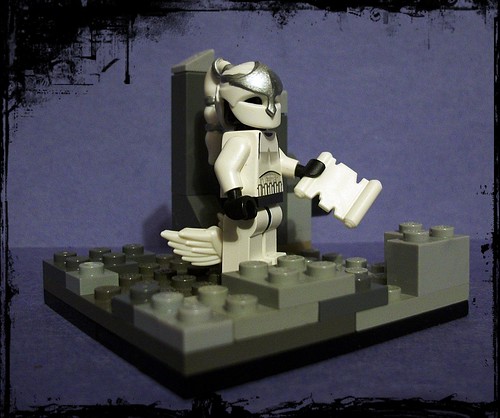 Etymology: Queen of the East

In Sumerian mythology, Ninshubur is a messenger of the gods. She is also known as Inanna’s sukkal or second-in-command; a position of great importance as a high-ranking government administrator. It has been pointed out, in an essay written by Diane Wolkstein, “Interpretations of Inanna¹s Stories and Hymns,” that a sukkal often has powers and abilities far superior then those of their Liege or Master. Not only does the sukkal have their own power and abilities, but they often have that power and authority combined with power and authority of whomever they serve.

Ninshubur is a goddess herself, whose name means: “’Queen of the East.” While she is often described as a virgin, Ninshubur is also mentioned as one of Inanna’s lovers. Ninshubur is associated with the element of Air and the planet Mercury.

In later Akkadian myths, Ninshubur’s gender is changed to male. The “nin” in Ninshubur’s name has been translated to mean “female ruler.” Though, that doesn’t seem to have prevented Ninshubur’s gender from getting altered from female to male depending on whose doing the retelling or translations.

Ninshubur is best known for accompanying Inanna on many of her exploits and adventures. Together they have fought Enki’s demons after Inanna stole the sacred me. The sacred me are the decrees of the gods essential for establishing society and civilizations, even technology.

Inanna went to her grandfather Enki, a sky-god who held the sacred mes. While visiting with him, Enki gives Inanna the me, which she accepts and proceeds to basically “drink him under the table” before she and Ninshubur take off with the mes.

When Enki wakes up, he wonders why it was he gave Inanna the mes and decides he’s going to get them back. By this time, Inanna and Ninshubur have already loaded up all the mes, we’re never told what they look like, but it is assumed the mes have a physical representation of some sort.

Enki sends a legion of varying and different demons after Inanna and Ninshubur to stop them and each time, Ninshubur defeats them, protecting the boat both physically and magically that she and Inanna are on while they return to Uruk (Sumer).

Once the two made it to Uruk, Enki relented in his efforts and gave his blessings to Inanna on having the sacred mes.

Inanna’s Decent Into The Underworld

Later on, Inanna makes a trip into the Underworld, leaving instructions with Ninshubur on what to do if she doesn’t return in three days time. When this time comes and goes, Ninshubur seeks the help of the other gods and keeps at it until she gets it.

Ninshubar starts first dressed in sack cloth like a beggar with a great weeping and howling, tearing her hair and clothing until everyone knows that Inanna is missing. Then Ninshubur proceeds to each of the houses of the gods, Enlil, Nanna, and Enki

Enlil and Nanna each told Ninshubur how Inanna sought the powers of heaven and earth and got them. If Inanna decided to go to the Underworld, she will have to face the consequences of her actions. For there are rules there and no one who ever goes there, ever returns and that Inanna will just have to stay where she is.

When Ninshubur approached Enki, to tell him of Inanna’s plight, he was troubled and decides to help his daughter. From under his fingernails, Enki pulled some dirt and created genderless creatures known as the kurgarra and the galatur. To the kurgarra, Enki gave them the food of life and to the galatur, he gave them the water of life.

That done, Enki then instructed the kurgarra and galatur to enter the Underworld like flies. Once there, they would find Ereshkigal, the Queen of the Underworld moaning like a woman in labor. He instructed them that when she cried out, that they were to echo her cries in sympathy.

Enki was sure that Ereshkigal would be pleased by the sympathy cries and reward the kurgarra and galatur. That when did offer a reward; they were to ask for the corpse of Inanna hanging on the wall. Once they had Inanna’s corpse, they were to sprinkle it with the food and water of life to bring her back.

Having received their orders, the kurgarra and galatur took off for the Underworld. There, they slipped in as flies at the cracks to the gates and found their way to Ereshkigal’s throne room.

There, they found Ereshkigal moaning as if the throes of labor pains and with nothing covering her. When Ereshkigal would cry out in pain of various aches, the kurgarra and galatur would cry in sympathy with her.

Now that they had it, the kurgarra sprinkled the food of life on the corpse and the galatur sprinkled the water of life in turn. When the food and water had been sprinkled, Inanna arose back to life. However, the Annuna, the judges of the Underworld came and told Inanna that: “No one ascends from the Underworld unmarked.” Another person would have to take Inanna’s place.

As Inanna left the Underworld, demons known as the Galla clung to her side. The Galla are demons who know no food or drink and accept no gifts. When they came upon Ninshubur, dressed in a dirty sackcloth, waiting outside the palace gates, the Galla were willing to take her in Inanna’s place.

Inanna knew of Ninshubur’s part in her rescue from the Underworld and would not let the Galla take her. They continued on to Uruk where Inanna found her husband Dumuzi sitting on the throne. Of everyone they had passed on their way, Dumuzi was the only one who had not mourned for Inanna nor was he ready to give up the throne back to his wife. On seeing him, Inanna told the Galla to: “Take him! Take Dumuzi away!”

A Hymn To Nergal

In a translation of this hymn, Ninshubur is mentioned as a minister of the Underworld who greets Nergal when he arrives.

The term Pangenic or Pangenesis comes from Charles Darwin’s Theory of Evolution with trying to explain the origins of life and species.

As it relates to the study of folklore and mythology, the term and idea of Pangenic or Pangenesis connections is problematic and still very pervasive as a lot of scholars and literature try to make connections with various stories and deities as there are often very similar motifs, concepts and ideas that are very universal.

The Romans of course, are famously known for equating many of their gods with the gods of other cultures, especially those they conquered. Nearly everyone knows of the Greek-Roman counterparts and connections such as Zeus and Jupiter or Ares and Mars. To a lesser known extant, the Romans connected their deities with those of the Egyptian, Norse and even Celtic deities.

The idea of Pangenic deities and myths still continue even today and is something of a disservice and in terms of mythology. When one ethnic group or religion moves into another area, the exiting myths will get overlapped and mixed together. Sometimes it’s easy to see where and when this blending of ideas occurs. Other times, the differences should be acknowledged without trying to force a connection.

In the case of the Mesopotamian mythologies, due to similarities, the Greek god Hermes is often said to be based off of Ninshubur.